At WWDC 2022, Apple announced iPadOS 16 and the latest versions of its other operating systems, including macOS Ventura. One of the notable improvements with iPadOS is upgraded multitasking features. The two key additions are full external display support and Stage Manager — a window interface that brings iPadOS closer to a desktop experience than ever before.

My M1-powered 11-inch iPad Pro has been sitting at my desk since I bought it, seeing very little use because it gives me very few reasons to pick it up over my phone or laptop. So I decided to take the iPadOS 16 developer beta out for a spin on it to see if Stage Manager has the potential to change that. My conclusion? Stage Manager is definitely a step in the right direction, but it’s still got a lot to learn from Samsung Dex.

Relevant: Everything you need to know about Apple’s iPadOS

This piece focuses primarily on Stage Manager in the external display mode because that’s where it squarely competes with Samsung Dex. The analysis is presented considering the fact that iPadOS 16 is still in the very first beta and the final release could change the experience.

iPad and the desktop interface reluctance

Arguably, iPadOS 16’s best feature is the full support for external displays, which is welded together with the Stage Monitor feature. Prior to this update, all we had was a screen mirroring mode. Now, with Stage Manager kicking in, the external display mode shares some similarities with macOS.

But Apple’s reluctance to bring a full-fledged desktop mode to the iPad is still apparent. Take the circular iPad cursor, designed for the Magic Keyboard, for instance. While the Magic Keyboard practically converts the iPad into a laptop equivalent in terms of form factor, the cursor isn’t very desktop-like. The iPad version is a nicer implementation, actually, with the cursor snapping onto the clickable elements to make it easier to navigate with the trackpad.

The iPad cursor looks ridiculous and is unintuitive to use on a large external screen.

However, with full external display support, Stage Manager is limited by this implementation of a cursor. You don’t need cursor snapping on a larger display, and its intuitiveness for tablet use is inversed when you’re trying to use it on a large display. On the other hand, Samsung Dex provides a run-of-the-mill pointer-shaped cursor, which works wonderfully for a desktop environment. Point Dex.

Read more: Apple is still treating the iPad as a second-class citizen

Another issue with the Stage Manager mode is how app window resizing works. It’s only a minor step up from the Slide Over and split-screen interface we’ve been used to on iPadOS. Windows don’t resize as you want them but instead snap into pre-defined aspect ratios. Thankfully, there are a lot more options with window sizes than before. It isn’t too restrictive, but also not the same as having freely resizable windows.

With Stage Manager, you lose a lot of screen real estate on every side.

Stage Manager also seems to underutilize screen real estate. While the typical split-screen mode takes up the whole screen, Stage Manager leaves some margins. The space to the left goes to the currently available apps. The bottom has the dock, which stays open if you don’t drag the bottom edge of your apps to the full height. The top and the right have margins to compensate for the other two. All in all, you lose quite a bit of screen space.

On the other hand, Samsung Dex has desktop-styled resizing, meaning you can resize supported apps like desktop windows. It will also give you the option to force unsupported windows to resize. Granted, Android apps have historically had to run on a lot more weird aspect ratios than iPad apps. Regardless, such a restriction in a desktop environment feels out of place.

Dig deeper: Everything you need to know about Samsung Dex

Juicing the Apple M1 to the max

Apple has limited Stage Manager and full external display support to the M1-powered iPads — the iPad Pro 2021 (11- and 12.9-inch), and the iPad Air (5th generation). This leaves behind a ton of models, but notably the USB-C-sporting iPad Air 4 and iPad Mini 6. This was initially attributed to virtual memory swap being an M1-exclusive capability and required for Stage Manager, but there’s no official explanation from Apple on that just yet. Stage Manager, in its current form, seems like it would run just fine on at least the previous-generation iPad Pro models. Worse still, Apple doesn’t seem to be making full use of the M1’s hardware advantage either.

Apple isn’t making full use of the M1’s powerful hardware.

It doesn’t feel like Stage Manager is pushing the M1 to the maximum just yet. You can have only eight apps on the external display using Stage Manager, with four of them active. We know the M1 can do a lot more, and if it’s the RAM that’s limiting it, the virtual memory swap should bring it close to at least the base M1 MacBook Air in terms of multitasking. Throughout my usage, I’ve tried to make sense of the M1 exclusivity but failed to. The current implementation falls far below the expectations of the hardware.

The point is — while Apple may have a good reason for these multitasking features to be M1-exclusive, it feels like the company is leaving at least some performance on the table. Samsung Dex also has app limits that vary according to hardware. However, you can argue that all iterations of Dex are running on less capable hardware. So we may not be wrong to expect more from Stage Manager on the mighty M1, or at the very least, to expect Stage Manager to support the less capable iPad models.

We tested it: Apple M1 performance benchmarks and thermal throttling

Samsung Dex is a notch above, and Stage Manager needs to catch up

Samsung has improved Dex beautifully since its launch, and it’s very nearly good enough to be your desktop. It works with not only tablets but also flagship Samsung phones. The iPad with Stage Manager, on the other hand, is definitely a computer. It’s just not the kind of computer we’re used to. It does things its own way, and that is even more true with iPadOS 16.

We’ve been chasing the concept of the iPad, specifically the iPad Pro, becoming a real laptop replacement for years now. Stage Manager makes it a better computer, but it doesn’t yet instill the confidence you would need to leave your laptop behind on your desk. On the other hand, Samsung Dex is getting very close to that point.

Can my iPad Pro replace my laptop, then? Definitely not.

Dex even has a wireless mode now. That seems like a potential no-brainer feature for iPadOS to have, given how well Apple does AirPlay, even though the compatibility is a bit more limited. Stage Manager also adds a learning curve. That’s another advantage for Samsung Dex. It’s a much more familiar implementation because it mimics a traditional desktop experience.

Is DeX perfect? Certainly not, but it’s a lot closer to the ideal convertible computing setup than Apple’s initial version.

Can my iPad Pro replace my laptop, then? Definitely not. Not yet, at least. Even with Stage Manager, iPadOS is still too limited in its approach to multitasking. The dream is to have an iPad that kicks into a full macOS-like mode, at least when connected to an external display. Until iPadOS can pull that off, Samsung Dex is going to be a better choice for convertible computing.

A different opinion: The iPad Air convinced me that the post-PC world is here 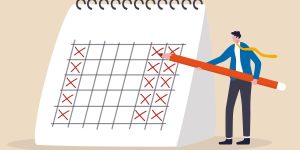